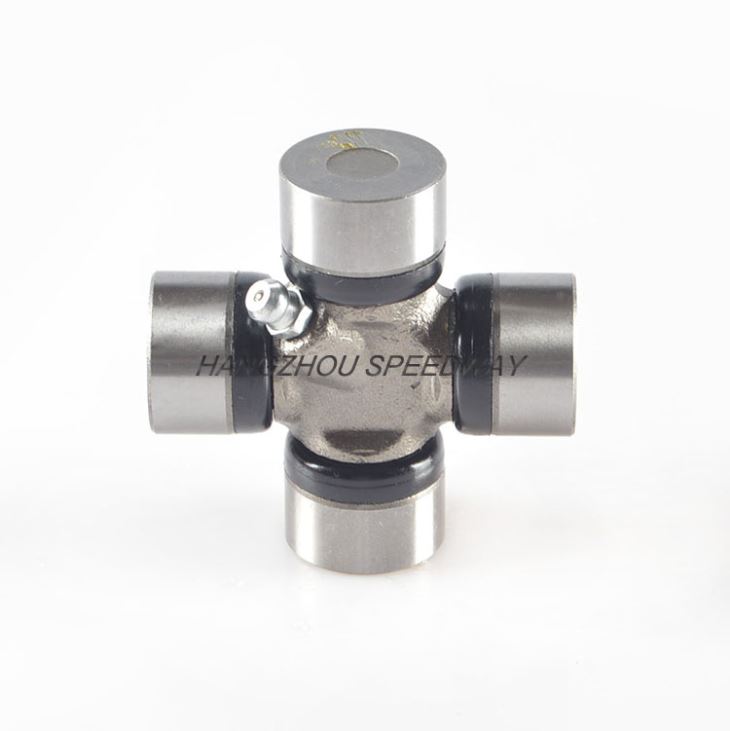 The structure and function of the universal joint is similar to the joints on the human limbs, which allows the included angle between the connected parts to change within a certain range.


Send email to us

The structure and function of a universal joint are somewhat like the joints on a human limb, allowing the Angle between the parts to be connected to vary within a certain range. In order to meet the power transmission, to adapt to the steering and the car running up and down the jump caused by the Angle change, the front drive car’s drive axle, half axle and wheel axle are commonly connected with universal joint. However, due to the limitation of axial size, the deflection Angle is relatively large, and a single universal joint can not make the instantaneous angular velocity of the output shaft and the shaft into the shaft equal, which is easy to cause vibration, exacerbate the damage of components, and produce a lot of noise, so a variety of constant velocity universal joints are widely used. In the front drive car, each half shaft with two constant speed universal joint, close to the variable speed drive axle is the inside of the half shaft universal joint, close to the axle is the outside of the half shaft universal joint. In a rear-drive car, the engine, clutch and transmission are mounted as a whole on the frame, while the drive axle is connected to the frame by an elastic suspension, and there is a distance between the two that needs to be connected. Beating in the operation of the road is rough cars, poor load changes or two assembly installed, can make the gearbox output shaft and the Angle between the drive axle of main reducer input shaft and the distance change, so in the form of universal joint drive a car powered with double universal joint, is to have a universal joint on both ends of the transmission shaft, its role is to make the shaft ends of equal Angle, Thus, the instantaneous angular velocity of the output shaft and the input shaft is always equal.

Write your message here and send it to us